When I heard The Toasters were doing a Caribbean tour, two things came straight to mind. The first being, lucky b******s, the second was those typical old-style Caribbean posters. Bright colors, some green palms, a smooth blue ocean – I had an idea.

The combination of this, the overlaid map (which was the “official” map of the West Indies back in 1732!!) and the retro fonts gave it the look I was after.

Still, I’m sure even the satisfaction of finishing the poster couldn’t beat that of a cool brew on some Caribbean beach after a gig – one day… one day! 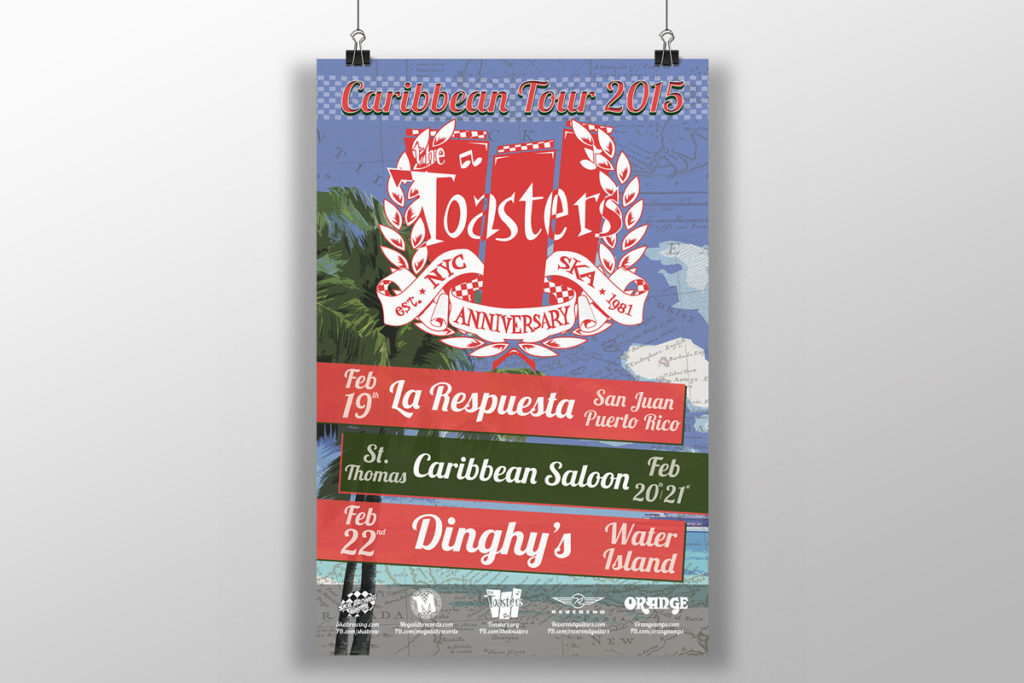 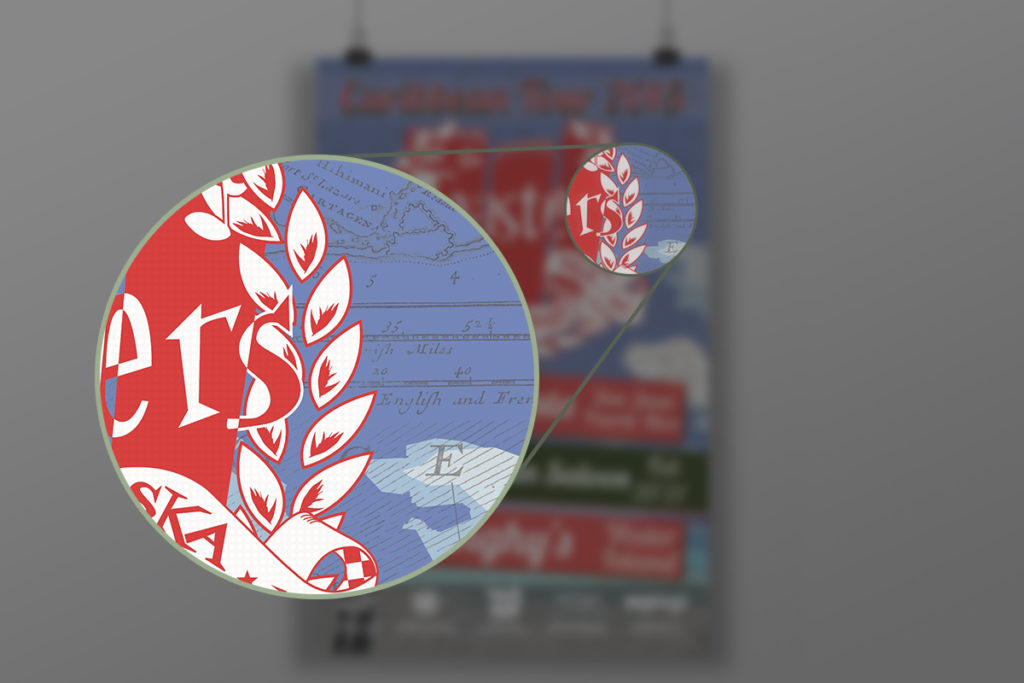 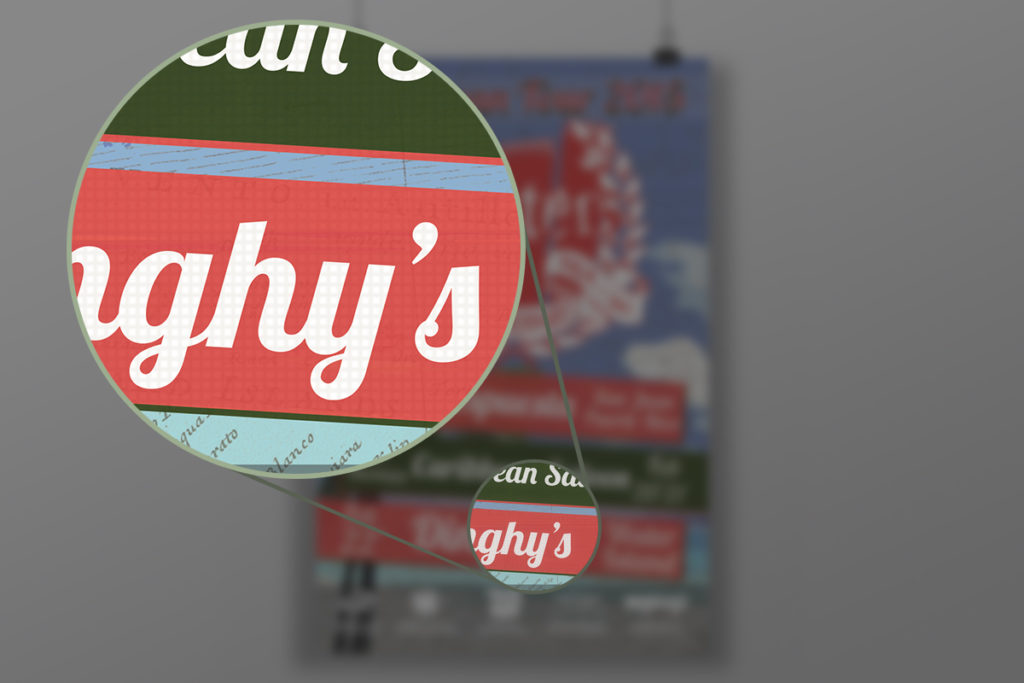